Ted Dayton is a graduate of Brooks Institute of Photography in Santa Barbara. He has been working as a professional photographer since 1976. His expertise encompasses catalog, fashion, architectural, corporate, and celebrity photography. His celebrity client list includes Elizabeth Taylor, Nancy Pelosi, Sandra Bullock, the President of Nicaragua, Helen Hunt, Jim Carey, Jeff Bridges, Sophia Coppola, Bob Dole, Gore Vidal, and Ann Getty among others. Ted also includes professional wrestlers and red carpet shooting at the Oscars among his other experiences. He is in his third term as President of the Santa Clarita Valley Photographers Association where he encourages other photographers to make the most out of their own photography. Ted has taught several classes and workshops of a variety of photographic techniques to standing room only audiences.

David Paul Green is a Los Angeles-based writer, photographer and information architect. He was bitten by the photography bug in 1972, and has been shooting professionally since 1985. His fashion work has appeared in Imperfekshun and Relate magazines; his rock and roll photography has appeared in BAM Magazine; his commercial clients have included Pepperdine University, DIRECTV, Visual Terrain, L.A. Tarfest, the Kung Fu Femmes, and others. He has worked with fashion and glamour models including Playboy Playmate Jennifer Lavoie (Miss August 1995), former Miss Denmark Tina Dam, Mala Owens, spoken word artist Ambokilé, and others. David is president of Monteverdi Creative, Inc., a technical/creative services company providing writing, user interface design, technical documentation and photography services to media and themed entertainment companies. Academically, David holds a Master’s Degree in English and has guest-lectured at Woodbury University, teaching business communications.

David Saffir is an internationally recognized, award winning portrait, commercial, and fine art photographer and printmaker. He has taught workshops in the US and Europe, including photography, Photoshop, printmaking, and fine art reproduction. He is the author of Mastering Digital Color, and The Joy of Discovery. He lives near Los Angeles, in Santa Clarita, California. 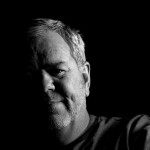 Ron Brewer is an award winning photographer based in LA, but shoots both in LA and Phoenix.  He specializes in portraiture and macro/close-up photography, and is a member of PPA, PPLAC, WPPI, and SCVPA.

Exceptional photographs are not just TAKEN, they are created. Southern California wedding photographer, William Innes loves to communicate with his clients to create breathtaking images and then apply post production techniques to complete the final photograph.  Born and raised in Canada, William discovered his love of photography by playing with his father’s Praktica MLT5 35mm camera. While pursuing a career in the aerospace industry, William never lost his passion for photography. He captured landscapes and travel images wherever his journeys took him. This resulted in William being one of ten winners in a National Geographic contest for amateurs with a panoramic photograph taken in Greece.  William left the aerospace industry five years ago to photograph weddings professionally and has never looked back.  He has continued to annually grow his business by combining an artful eye and lessons learned from his past career.   William is a member of WPPI and writes a monthly article for www.shootsmarter.com. He will be featured on the live telecast of Fridayphotoschool.com on May 7th. You can also see William’s work and hear him speak at the Buckeye Color Lab booth during the upcoming WPPI convention in Las Vegas.

“There is an emotion to be evoked by any image.  It is that emotion that drives me to do more than capture a beautiful image. It is the connection of the soul that colors my photography.”  Joey Carman’s career spans over 20+yrs. from NYC to LA and almost every town in between.  Having been in front of the lens as a model touring Europe with his own Fashion Boutique Modeling Agency he learned what made the ordinary seen by most seen uniquely beautiful to him.   Moving around the globe and settling down in NYC he was introduced to covering fashion from behind the lens.  In a chance meeting with a 5th Avenue Restaurateur who saw Joey’s work invited him to showcase his “beautiful mind” in a ‘One Man Showcase’ featuring his unique take on “what he thinks is beautiful”…new faces of fashion.  That was some 18 years ago that he credits that launched and shaped his career into what it is today.   ”I’ve found that many of the things that go into a great photograph are the very same things that make up a great life.  There’s the need to grab a hold of a moment; the desire to explore and look beyond the challenge of light; allow life to show us artful moments…most importantly, to be present at a blink of an eye.”  “Live longer, photograph something beautiful and hold it close to your heart.”  -joey carman 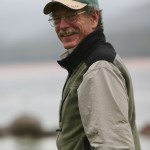 Dan Holmes is a Professional Photographer based in Ventura California.  He specializes in fine art Landscape, Wedding/Portraiture, Assignment, Live Music, and Workshops.  He has traveled extensively: climbing, trekking, and photographing in Europe, South America, Africa, Asia, and the Western USA.  He has a unique ability to capture light, color, emotion, and tension in his images. His wedding photography is a blend of story telling and tradition, capturing emotional moments throughout the day.